Sometimes, relationships can get a little more 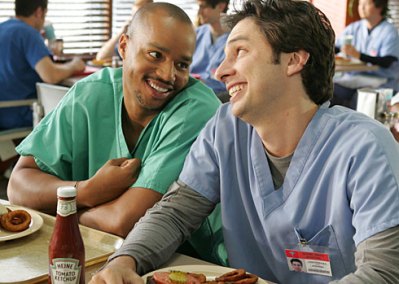 complicated than what we bargained for — in terms of numbers. And this doesn’t apply to the cute, kinky kind of way. Instead, we may feel as if we’re in a relationship with more than one person, maybe two people. It can be confusing, weird, comforting at times until we realize that the shit just isn’t working.

A woman is occasionally victimized to bromances, meaning that her significant other is so attached to the hip with his boy/homie/”bro” that she’s practically in a relationship with the both of them. It’s a lot to handle and causes more than enough headaches. Don’t get me wrong, men go through a similar effect with women and their friends (but that’s a different situation for a different day). This may affect the courtship in terms of dates, quality time, and it could also spark more disagreements.

Now, there is a difference between a best friend and a “bro.” People confide in their best friend, rely on them in necessary times. They hang out, have good times, share intimate friend moments. That’s what you do with a best friend. This person may know certain things about you that no other person could ever guess. 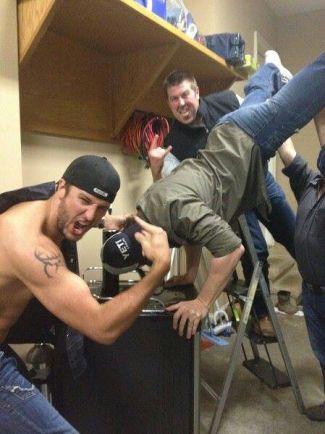 A “bro,” on the other hand, is a best friend who has stepped outside of his boundaries. Not only does your guy party with him, but he has made it a point to be the center of his attention and focal point of life. The “bro” gets jealous if anyone else takes first place. In his mind, “bros before hoes” really is a thing. He’s probably a little chauvinistic because he thinks that your guy can get away with anything while he’s there, and that the woman should wait patiently until they’re done causing mischief. As the saying goes, “Boys will be boys.” Otherwise, he’s just oblivious to his unwanted company.

The issue truly arrives when a man tells his “bro” everything that’s going on in his relationship. If the “bro” is single, this will never work out for the girl. Ever. His input will always have some weight over the guy, and his opinion will also be a little selfish. He’ll want to have control over the guy’s time, he won’t keep the girl’s interests at heart. He may not be compassionate towards the girl or anything at all that reflects the future of the relationship.

As a woman, you may try a number of things in order to ease the level of “bro-ness.” The first step will probably be to try and hook him up with one of your friends. However, you’ll realize that he’s pretty close to disgusting — physically/theoretically — and don’t know any of your friends who will take him seriously. They will either hate you for setting up a date with this guy or will learn to like him and start some sort of relationship that will only end in turmoil because of the “bro’s” level of dick-headedness. He will do your friend insanely dirty because nowhere in his life is he ready to settle down. He was meant to be a jerk forever. Not only that, but he may bring another girl around in front of your face just because he can. And for that reason, he was meant to only have a bromance.

Knowing that there is really nothing physically that you can do directly to get rid of the “bro,” your job as a woman and girlfriend officially becomes a game of Minesweeper. (You have to plot your bombs accordingly.) You can either pass the time away patiently and wait until maybe ONE DAY the “bro” settles down with a girl of his own. It could take quite some time and it would definitely be unexpected, but finally he is on some path of having a life of his own. Maybe. Or he may not really care for the girl and only use her as a female counterpart for when your guy is busy with you. This route is for the patient woman.

Next, you could be the angry girlfriend. Just be angry whenever the “bro” is in the way of you and your guy getting together or doing anything romantic. But if this is the case, it will be a running joke among the group of guy-friends, like Kate Hudson’s character in You, Me and Dupree. They’ll laugh at you being “a bitch” and how strict you are and if you let your guy out of the house, etc. etc. It’s rude, it’s disrespectful, but it’s true. Then, the level of jokes will just increase not only behind your back, but also to your face. This only works for the INSANELY patient woman.

Finally, you can use your “Lysistrata” card. Let your man know that he can do whatever the hell he wants with “bro-man,” but in the meantime, sex may diminish, dressing up and getting sexy may decline, hell, you could simply just start to have duller conversation with your guy. Heaven forbid that he asks if you want to do something and you brush him off to “hang with the girls.” This tactic works because you’re giving your guy the power to shut that shop down. In his mind, he is making the choice for a change. No one else can do it effectively like he can. It’s his job, it’s his friend, it’s his bromance. This option is for the strong-willed woman.

But, of course, your strategizing takes time. Basically, you’re just waiting for the “bro” to find a love or hobby of his own to release his extra hint of testosterone and “boyish charm.” Knowing that he’ll probably be involved with you for the rest of your life (as long as you’re with your guy), hopefully it’ll be a woman of class, proper etiquette and upbringing since the two of you will share a lot of time together. Maybe the bromance was meant to be just so that you could find your ultimate gal pal. You never know. Right?