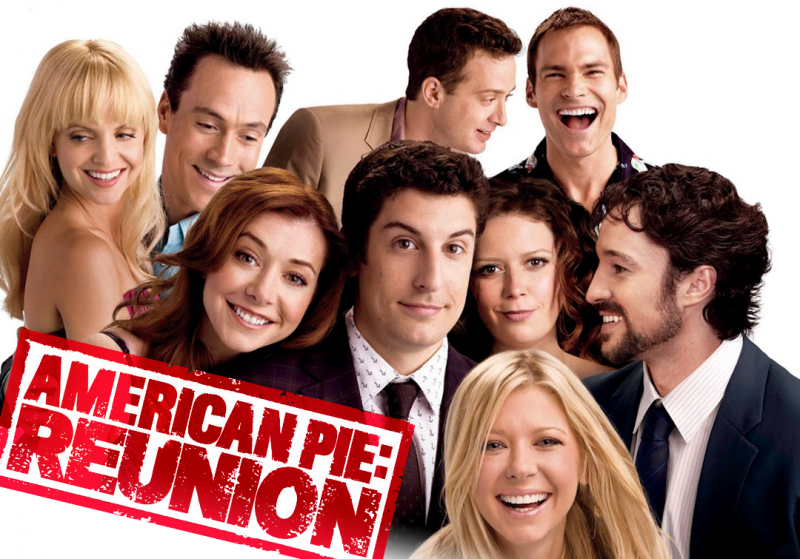 Class reunions have entered a new mold in society. Specifically high school reunions. During my parents’ time, it was the event to show off who you’ve become and to brag about who you’ve married — maybe your high school sweetheart or someone else new to the mix. But it was definitely a party no one wanted to miss. People truly relied on their high school friends throughout their lives; they shared dreams with one another and pretty much knew what they wanted out of life. High school was the major defining moment of becoming your own.

Today’s standards, of course, have changed since the 1970s. High school reunions hardly seem obligatory in an alum’s eyes as they have ventured off to college and found new friends, or maybe they just don’t care anymore. Their interest is no longer there. They have, in their minds, bigger and better things to do.

I always imagined my class reunion to be something like American Pie: Reunion from the American Pie series, where everyone comes together for traditional debauchery. Wild drunkenness, partying, sharing old memories and making new ones, people hooking up who either never had the chance while in school or who are trying to rekindle an old flame, people being blunt about their ill feelings towards old classmates, admitting truths that were supposed to be taken to the grave. Endless, endless adventures. I saw myself somewhere of a cross between Heather and Jessica — having a positive transformation but also not afraid to share every ounce of “I don’t give two shits about that bitch,” etc. etc. etc.

This year marked a decade since I graduated high school. And, being the president of my class, it dawned in my mind year after year after year — essentially since coming out of my cap and gown — of what on Earth we would do and how to go about the planning process. But it didn’t fully occur to me on where I would be mentally and emotionally when seeing my classmates and reminiscing on memories that were too sweet to be forgotten.

By this point in my life, I had a list of expectations of where I thought I’d be. My career was never in question because I knew that it would come with time and I would persevere regardless. But when it came to having a family, I thought that I’d be married and found my lifelong partner and best friend. But kids were not so much in the 10-year forecast. Maybe it was the fact that my parents were married by 23, my brother by 28, I thought that I would follow suit. I believed that I would at least have my love life on track, sane, and in order.

Instead, though my career-goals are steadily on the right path, my expected marriage is nonexistent. Not only does my lack of being married linger in the ether, but also does being engaged or even having a steady relationship for that matter. Shit, I even blog about dating woes weekly. Not being romantically tied down has become a part of my persona, when, at a time (high school through college), I always had a consistent boyfriend. Thankfully, I never really had to go through those trial-and-error phases of dating multiple guys and going a little faster than I should. On the flipside, I had a couple of boyfriends and thought that that would be the pattern of my love life: steady, attached, and probably kind of boring.

Seeing my classmates after so many years gave me an awakening of the variety of lifestyles we all chose to live. I got to see how they changed mentally and spiritually, experience their uplifting energy, and also how they stayed the same in some ways. But seeing them also taught me so much about myself, how much I do aspire to have certain qualities of life that they share: the consistency and comfort of a family. And I never realized how much I truly enjoyed talking about OTHER people’s kids. Even after a decade, my classmates were still showing me new experiences and livelihoods. Teaching me new things, giving me new perspectives on quality living.

After seeing a group of people I’ve practically known for the majority of my life (since most of us started school together around the age of 10), it has given me new goals to take back to my “current” life. Where I want to go, what I want to do, who I really want to be. When I was in school, I was so adamant about becoming such a boss in my career and a leader in my profession. Being the best at anything that I did. I didn’t focus on a social life. Even now, everything professionally that I do has become a competition. Don’t get me wrong, the social life exists now, but still with a touch of apprehension and lack of trust. I can forget about really who I am on the inside, allowing for positive sentiments in my life, and not see everything analytically like a job. Life is more than just professional and monetary success. Maybe the ultimate goal is finding a way to merge those two worlds as one. And being comfortable with that choice.

It’s a little ironic that you have to step back a decade to realize how you want your next 10 years to be. After becoming an “adult,” sometimes our scope on life can teeter in the wrong direction, or we forget what was most important to us or the areas in which we should have more focus. I always knew that I would be gung-ho with work, but I didn’t realize how much that other aspect of living is truly needed for ultimate happiness. Maybe I’ll be able to find it by the next 10 years.