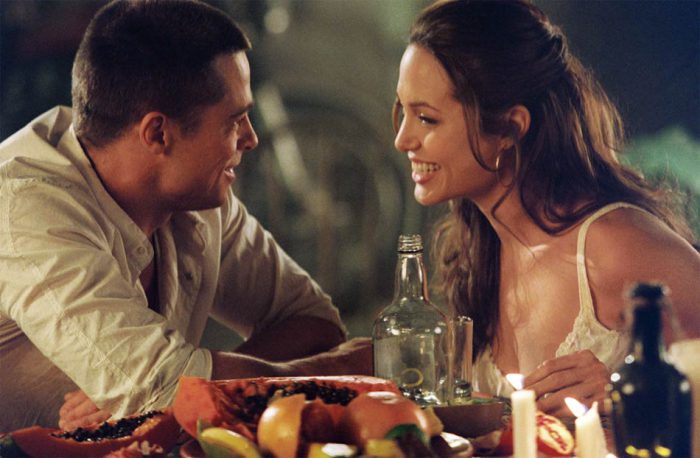 For the past 12 years I have been — very openly — sending negative vibes to the celebrity pair of Brad Pitt and Angelina Jolie, also known as power couple “Brangelina.” I’ve stated it many times before, but I’m just not a fan of infidelity in a family setting, as marriage or having kids with one another. This sort of bond is supposed to dictate that this couple has some spiritual connection with one another. If not, then they shouldn’t be together. But in the case of “Brangelina,” Pitt abruptly left his then-2005-wife Jennifer Aniston for quite the tabloid-affair with Jolie. And, for over a decade, people have made sly remarks and jokes about Aniston being the loser of the relationship. But now that “Brangelina” is on the brink of divorce…

First of all, I’ve always been a fan of Jennifer Aniston. Maybe it’s my obvious obsession with Friends, maybe it’s her repertoire of rom-coms that I frequent on a Thursday solo Netflix-and-chill night, possibly the fact that I could’ve seen myself with her acting career and other professional endeavors (Living Proof haircare, anyone?), or maybe it’s the simple fact that she’s an Aquarius and we’re just awesome. Regardless, she’s always been a beautiful and classy woman. Even when it comes to personal problems in her family, career, and especially romantic relationships, she’s always maintained herself and didn’t allow for emotions to step in the way of her path.

Back in 2005, Brad Pitt was starring in Mr. and Mrs. Smith with Angelina Jolie. At this time, Pitt was still married to Aniston. A year prior they celebrated the finale of the Friends series with the rest of her castmates. Hell, Pitt even guest-starred on an episode before the sitcom came to an end. But supposedly, during the filming of Mr. and Mrs. Smith, he found his soulmate and was not afraid for it to be publicly known. And Jolie was not afraid of being considered a homewrecker. Well, technically people were more so praising her for stealing this gorgeous man (who used to be a celebrity crush of mine until this douchey situation) and not giving two shits about it. (I do not have a problem with Angelina Jolie as a person overall. I think she’s a great actress, beautiful, but just a little shitty from this situation.) You can literally see the two of them falling in love on camera. It’s romantic but really kind of gross and heartbreaking at the same time.

Since 2005, Pitt divorced Aniston, and began (or continued) his public relationship with Jolie. Pitt became the adoptive father to two of Jolie’s adopted children. They then had a biological child of their own, adopted another, and then finished their Rainbow Tribe with biological twins. In the meantime, Jennifer Aniston continued looking for love but not in the public eye, songs were made in reference to her losing her man, people instigated her with questions in regards to some of Jolie’s films. But, like a champ, Aniston took it in stride and allowed for time to be her machete.

Of course, over the years, there were a number of rumors as to why Pitt left Aniston. It was as if people — especially women — everywhere were trying to justify his decision. Aniston allegedly didn’t want to have kids, “Jolie was more of his soulmate and they did so much philanthropic work together,” etc. etc. etc. But in reality, if you’re married to someone who you thought was your life partner, would you really be OK with them leaving you after you’ve suffered a miscarriage and he used another woman as an excuse to escape? Is it a normal thing for your husband to leave you so that he can go and support a refugee camp with someone else rather than working on a charity with you? No, it’s not OK, and you’re a fucking liar if you’re still trying to justify that shit. If you really found the love of your life outside of your relationship, there are definitely better ways to handle the situation without looking like scum.

There have been a number of relationships where celebrities have played the homewrecker, and it was as if the public uplifted this behavior. But, they always got what was coming to them, or the cheated party came out better in the long-run. The universe believes in karma. Jennifer Lopez supposedly dealt with abuse in her marriage with Marc Anthony. Mind you, she slipped in while he and his previous wife were still together. In the case of Tiger Woods, he basically failed in the remainder of his golfing career after getting caught from cheating on his ex-wife Elin Nordegren. But she won in the long run, grabbing millions in dollars from the divorce and winning the hearts of Americans. Even after Tyga left Blac Chyna for underage-and-plastic Kylie Jenner, slowly but surely Blac Chyna rose to the top while the rest of the country still clowns Tyga’s aspirations of being a rapper or even relevant. Blac Chyna’s made an empire for herself without needing a wealthy family’s backing. Better yet, she’s made her way into the Kardashian-Jenner family as an even bigger “gotcha, bitch!”

Naturally, there are other homewreckers or cheaters who have not yet had what’s coming to them. Alicia Keys and Swizz Beatz, the late Elizabeth Taylor (though the men she’s been with — I’m sure — suffered from embarrassment on such short marriages). Even Ashton Kutcher is living a great life with Mila Kunis and their little family. Granted, Demi Moore didn’t recover well after the fiasco, but cheated-on-husband Bruce Willis found himself a model and a happily-ever-after. But who’s to say that the others’ karma isn’t coming? Jennifer Aniston waited a good 12 years, and boy, was it good.

So, why is “Brangelina” coming to an end? Who knows for sure, but there are reports of substance abuse and aggressive behavior on the Pitt end. Infidelity keeps looming in and out of the gossip mix. Then, there are even mentions of Jolie’s father, actor Jon Voigt, being a hardcore Trump supporter that may have had some effect on the marriage and the fact that the Jolie-Pitt family is super liberal. But we may never know the truth for the sake of anyone’s ego in this camp.

But what really has gone through Jolie’s mind to file the divorce? Yes, she’s the one who’s calling it quits. After everything that this couple has gone through, she still found it to be a better choice to leave her partner of 12 years. After undergoing a double mastectomy to hopefully prevent the disease that also took the life of her mother, even emotional support of a terminal illness could not save the marriage. Was Pitt really that terrible of a husband, though he seems so amazing and charming in other social settings? Or did he change from the man she once thought she loved 12 years prior? Maybe she had a heart-to-heart with Aniston after realizing the type of man he was; we don’t know. But we do know that Jolie is requesting full custody of all six children.

Despite media claims of Aniston not finding love and being unhappy, she has since continued an amazing film career where her credits only grow with respectable roles, she has her business ventures, philanthropic initiatives, she’s been nominated as the “Sexiest” and “Most Beautiful Woman” a number of times, and she even found love after all. Besides all of that? She just seems like such a pleasant, graceful person. Well, Aquarians are like that, you know. But regardless, her elegance and poise carried her through to the very end. Patience was definitely a virtue.