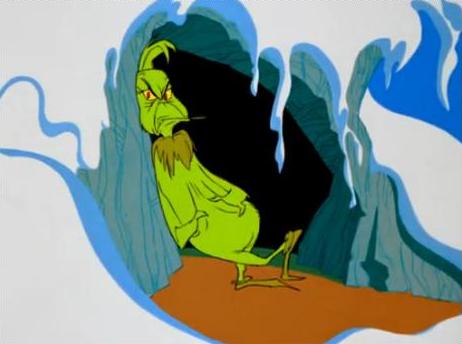 I always make it a point whenever I’m dating someone to let them know my thoughts on holiday gift-giving beforehand. If we’re in a very new exclusive relationship, gifts are totally up to us and how we’re feeling. Maybe we’ll get each other something light, or maybe we’ll choose to pass so that we can fully get to know each other’s interests (on a non-monetary level). Then again, if I’m simply dating someone with no exclusivity or commitment, possibly seeing other people (as they could be dating other people as well), I have no intention of spending my money to make sure that they have a holly jolly Christmas. Don’t get me wrong, I don’t want to be the ultimate asshole of the holidays, but I also don’t want to be a fool and spend time at those crazy packed stores for a person who could possibly be spending most of his time with some other girl. Instead, I could use that money to pay a bill EARLY or get my nephew another train for his Thomas collection.

So, how do we handle this double-edged sword of being a Grinch?

It’s not necessarily about Christmas but any mutual gift-giving holiday. Should we not invest in exclusivity until AFTER the holidays? So, as soon as Jan. 1 hits, we find that person who we’ve casually been dating for the past few months and hope that they’ll take us seriously enough to be the first person we kiss at midnight on New Year’s Day? But what if they would prefer to be around that other person they’ve been dating or just don’t take our courtship seriously enough yet to spend New Year’s Eve with us?

OK. Fine. That day may not work. Maybe we can look forward to Valentine’s Day? Yeah, right. No guy wants to add the pressure of romantic wooing on the biggest day of the year for relationship obligation. And then, as women, we’ll wind up spending the holiday alone. Some cry and really take this day seriously, because obviously, Hallmark tells you what day you should celebrate your love with someone. Or you see your friends in happy relationships bragging about some tacky, sappy jewelry their boyfriend gave them. Disregard the fact that the necklace is fugly and looks like a 12 year-old’s chain from Claire’s (or my favorite was The Icing). Another option is to get dinner or have a slumber party with a bunch of other single friends who also take the holiday more seriously than they probably should.

And at this point, you’re back to where you started. Bitter because the guy you’ve been dating for now the past year has yet to commit, so you start dating someone else. But because of baggage, you’re not going to get this new guy any birthday or holiday gift because “y’all just started dating” and “you don’t know him like that yet.” And the cycle continues.

There’s a chance that somehow the cycle could break. Maybe you found a guy who’s just so crazy about you that he gets you something (despite the fact that you didn’t pick anything up for him). What do you do then? Play damsel in distress and act shocked and surprised that he’s such a great guy (this is typically what I would do). Or he could be some pyschopath who gets you something as way to control you. I’ve had this before when a guy got me a laptop even though we were on the outs. Not only did I not like the laptop (I’m a Mac girl and he got me some sort of Dell — call me bougie, whatever), but I had no intention of having a future with him. So, I had to give it back. One, because I didn’t want it, and two, because he was absolutely insane.

Really, I don’t think people should base their relationships off of the gifts that people give them. Affection and time spent can mean so much more. But there is still that awkward moment in your relationship when society obligations (such as Christmas, birthdays, work events, weddings) come around and you have to understand where the two of you are. If you’re really into each other, the conversation probably doesn’t have to be had; you just mesh and vibe in the same direction. However, in my experience, it’s always safer to put everything out on front-street so that no one gets hurt or the wrong signal.

Just do yourself a favor, buy yourself a Christmas gift instead. I’m sure no one else will really know you enough to get you what you truly want. Self-happiness is key. And a happy Grinch is really no Grinch at all.