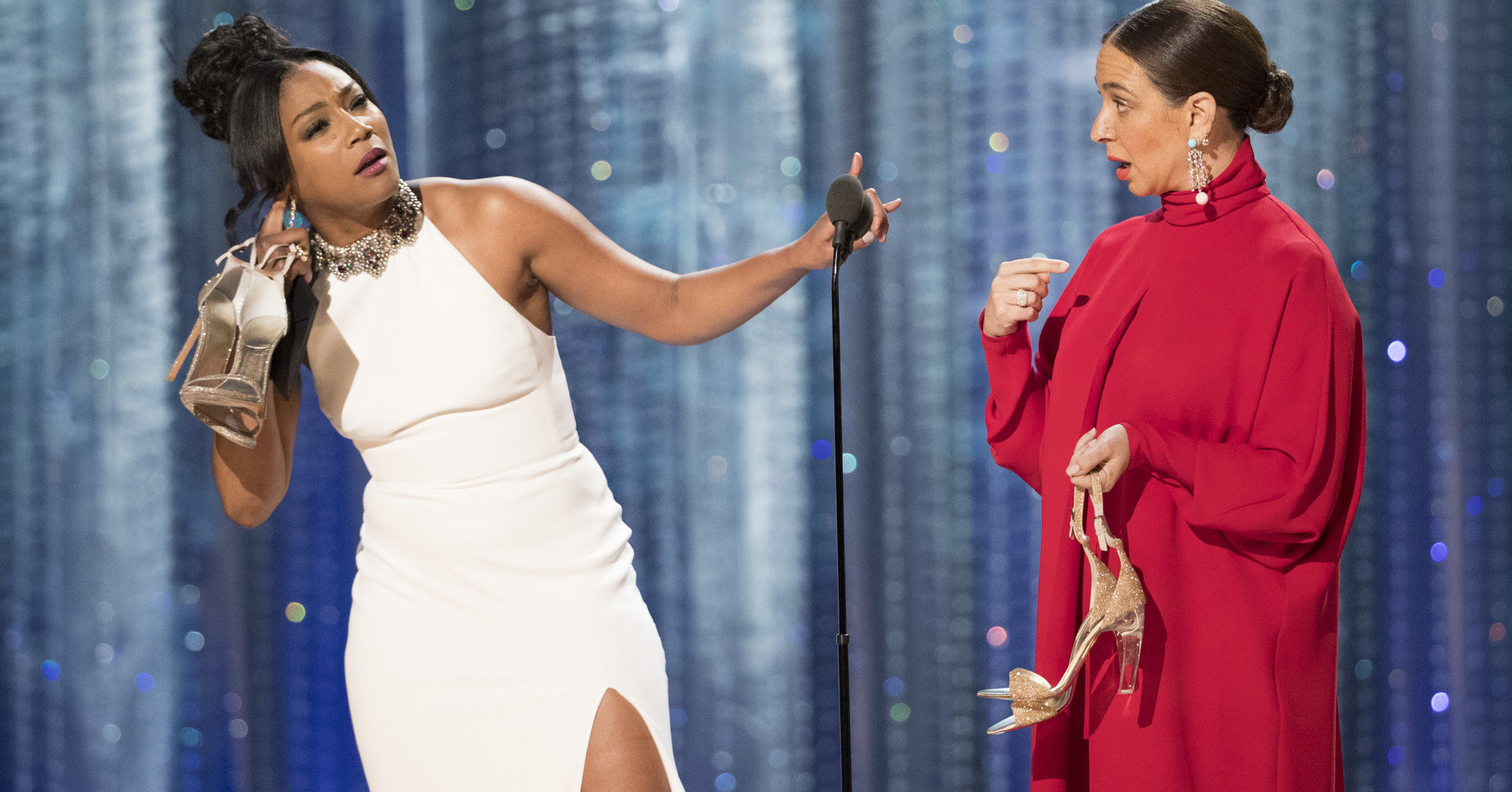 As black women, we are doomed to walk the very fine line between being vocal and loud, stern and abrasive, and carefree and “ghetto.” It’s disappointing when the very group you identify with is the same group that tries to knock you down, but, unfortunately, it’s not surprising. This has happened again and again to the rising comedienne Tiffany Haddish, as black women from every subgroup possible nitpick her media persona and behavior to oblivion. In all honesty, Tiffany embodies what many think is the “typical black girl.” Her tone, stature, and overall presence aren’t the most proper; whether being interviewed or hosting a program, she carries herself casually — so casually that she was ready to pounce on sight when she heard that Sanaa Lathan bit Beyoncé. Her natural hairstyles, dancing outbursts, and brassy attitude all set her apart from her prim-and-proper industry counterparts, while also off-putting some of her black audience.

The belief that reaching new levels of status requires a change in personality is a problematic one. Some are saying Tiffany’s fame is bringing us one step forward, and her “sideshow antics” are just knocking us two steps back. But who is to say that her newfound fame should come with a mental makeover? Having a public figure that represents us by being her true self, unapologetically, is in no way a negative thing; in fact, it’s extremely positive. With bold people like Tiffany in the public eye, room is being made for girls and women of the future to be able to live in their truths without fearing consequence.

It did not come as a surprise to see Tiffany’s name trending on Twitter during the weekend of the Academy Awards; her carefree and honest attitude are to thank for the many trend-worthy moments given to society by the comedienne and actress. She walked onstage in a pair of Uggs and her now three-times-worn Alexander McQueen dress with a $4,000 price tag, stealing the hearts of many viewers at home with her witty and relatable commentary on uncomfortable heels and the whitewashed awards show. Although Tiffany garnered laughs from the audience, it’s clear that her personality and behavior aren’t everyone’s cup of tea, especially at an event that seems as polished as the Oscars.

My first experience watching Tiffany Haddish was on The Carmichael Show, an NBC sitcom that aired from 2015 to 2017 where she played “Nekeisha,” the sister-in-law of the main character played by Jerrod Carmichael. But it wasn’t until the premiere of the 2017 comedy film Girls Trip that I got insight on who Tiffany was as an entertainer and as a person. I remember seeing an Access Hollywood profile on her, where she spoke about her dog, her seasoned co-stars, and the difficulties of being a woman in comedy. But specifically, her comfort in her race has put her black audience on edge. Negativity fills comments in news stories where she is featured, whether it’s her behavior, appearance, and-or some other character trait that seems to make people uncomfortable. However, Tiffany appealed to me because of her genuine attitude and how she carried herself during the interview. The purity of her personality truly shines through every time she speaks. But what I see as confident and authentic, others may see as obnoxious and low-class.

With the media saturated with characters like “Madea” and Empire’s “Cookie Lyon,” the “angry black woman” archetype holds even more weight. When asked about the traits of this type of woman, the same list of descriptors can be rattled off: loud, mooching, ghetto. But ghetto characters are generally accepted because they are just that — characters. As strong as Taraji P. Henson is, we don’t see her as quite the firecracker that she portrays in the role of “Cookie.” As for “Madea,” she’s essentially the franchise creator in drag. So, she and Tyler Perry are two separate entities in the eyes of the viewer. When it comes to Tiffany Haddish, she doesn’t leave her stand-up routines and dramatic roles behind her once filming ends, possibly because these roles she takes on are very similar to who she is in real life. It makes her blackness feel more “real” than that of fictional characters, perhaps too real for the members of even the black community to relate to.

Black women have felt forced to water-down our identities for years and years on end to please our white counterparts and make them more comfortable. Under the 1786 Tignon Laws of Louisiana, black women — both free and enslaved — were required to cover their hair with head-wraps to cover up their beaded and jeweled hairstyles. The intricacy of our hair was something white people had never seen, and as usual, things that are new or different can be seen as a threat. The law was made to prevent black women from leveling with or surpassing white women in attractiveness. Though these legalities may no longer exist on paper, unwritten rules still keep black women from being their natural selves. Even when it comes to Tiffany, there are some unwritten ones — for example, her re-wearing of her white Alexander McQueen dress has been a big faux-pas to some and a shocker for many. These unwritten rules are the ones that Tiffany’s naysayers use as a basis for their arguments against her.

Women on Twitter masked their dislike for Tiffany, and frankly, of ourselves, under the guise of concern for how the community is being represented. The idea that we cannot be successful without a white co-signer is one that has been ingrained in many of our heads for years. Women in American customs, at least, are told we should be seen and not heard, and we have to wear a demure facade just to find our way into spaces in which men are easily granted access. Black women, in addition to that, will always have the “angry black woman” stereotype hanging over our heads.